What are you looking for?

We Will mail You Product Key In 1 hour of purchase… 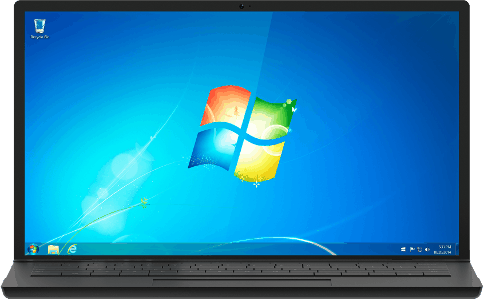 Windows 7 Professional combines everything you need for work and at home, with Windows 7 Professional, there are fewer obstacles on the way to your success. You can run XP Mode and recover data easily from automatic backups at home or corporate network many Windows XP productivity programs in Windows. Windows 7 Professional – the new leader Microsoft is since the introduction of the first version of its Windows operating system leader in the private sector. Meanwhile, just this operating system has several new developments and updates participated, so that one has now arrived at the seventh version that listens to the simple but concise title Windows 7. Windows 7 Professional – New leader? The proliferation of Windows 7 is already quite advanced. Windows 7 has already left the predecessor Windows Vista behind them, and even the formerly impregnable fortress Windows XP crumbling slowly to himself. This is due to many innovations that help to surpass something the old-fashioned Windows XP significantly. More clarity if you are transferring straight, you should jump first into the eye the new taskbar. The confidently titled Microsoft “Superbar” now allows the pinning of any programs, much like the old Quick Launch bar, which has now been deleted entirely. So frequently used programs are always in the same place. In addition, files that you run with these applications, also on the program shortcuts attachable, which provides a very fast access to frequently used data. Windows 7 Professional – Overview by libraries If you are one of those people who find it difficult, real order to keep on your PC, you will receive Microsoft here. So-called libraries ensure that multiple folders – can be summarized under a library, in our example, this could be the multimedia library – for example, a music, movie and photo folders. From there you have then quick access to all three folders, having to mess up without any thought up by you structure in your file system. More security Under the hood, Microsoft has filed mainly to security features in Windows 7. A revised User Account Control ensures safe handling of unknown executable files even if you are traveling with an administrator account. About the future of Windows 7, it is thus well-ordered, and Service Pack 1 is already in the starting blocks.

There are no reviews yet.